Other News Articles
Podcasts and Videos

See the most recent draft regulations from the National Park Service

See active and complete repatriations across the US 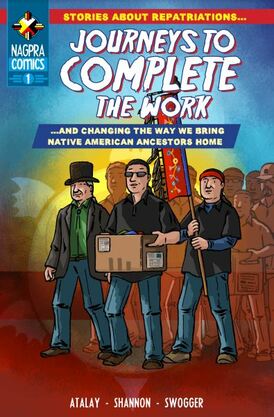 Museums have a dark past, but we can fix that | Chip Colwell | TEDxMileHigh

Museums are beloved cultural institutions, with more than 850 million visits each year in the U.S. alone. But behind the scenes, a war is raging - many cultures want their heritage returned to its place of origin. In this enlightening talk, Museum Curator Chip Colwell offers a surprising solution to this complicated ethical dilemma. Chip Colwell is the Senior Curator of Anthropology at the Denver Museum of Nature & Science. He’s published 10 books, most recently Plundered Skulls and Stolen Spirits: Inside the Fight to Reclaim Native America’s Culture. His work has been featured in publications like The New York Times, The Guardian, Salon, and Slate. Chip is the founding Editor-in-Chief of sapiens.org, an online magazine about anthropological discoveries.